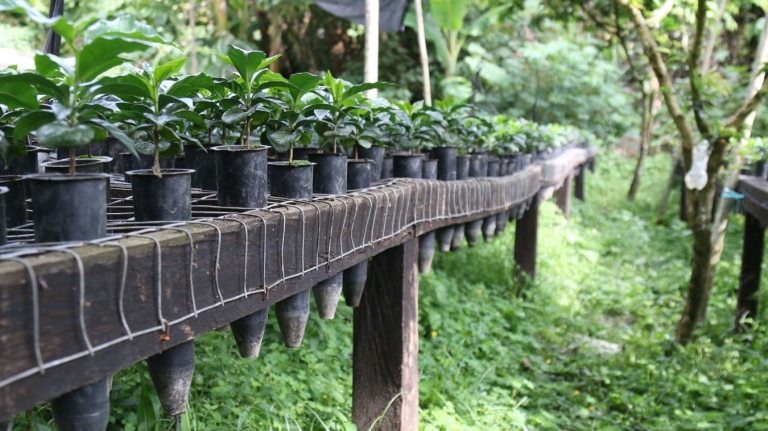 Thank you for all the support for Quietly Coffee! If you missed the last dispatch, I announced that I starting my own roaster! It is terror and excitement in equal measures but – like many things in life – sometimes you need to cast aside doubt and follow your dreams. A cliché but one that rings true. Unsurprisingly, I have received several questions about Quietly Coffee. The first of which is quite simple: where?

Ah, but simple is not Ask Lee’s forte. So a couple answers! The first is: my wife and I wanted to find something in Prince Edward County and stumbled upon a great spot just above it in the Stirling-Rawdon area. It is dreamily small and a blank enough canvas to be the perfect start for Quietly. The second answer gets more complicated as it is: why there?

I’ve had some difficulty grappling with this one. I could write about the stressful spiritual erosion caused by how un-affordable and tough Toronto is but this is easily balanced by – pun intended – how rich Toronto is with amazing places, neighbourhoods, and people (my god, the people). With ease I could detail that I need to get back to wilds and escape the often oppressive sprawl of the city. It might not come as a surprise that I have a soft spot for Emerson, Whitman, and Thoreau. Yet, I have trouble with these idealized visions of nature that make it ours because it is sorely out-of-touch with ecology in crisis. So I remain here thinking: why there? Why is that Quietly Coffee’s home?

Here we go again: allow me to answer the question with Virginia Woolf’s To The Lighthouse! The novel moves thought-to-thought through the intimate interior worlds of the Ramsay family and those connected to them. A key push of the book is the youngest son, James Ramsay’s, quest to travel across the Scottish sea from vacation home to visit the lighthouse. His mother, Mrs. Ramsay, works as the emotional and spiritual anchor for the family and fosters her son’s pursuit. While the stern Mr Ramsay continually delays the trip, deferring to poor weather or strong winds. As a modernist novel, the weaving together of subjective engagement is the star of the show, so the reader spends a great deal of time seeing how Mrs. Ramsay gives to her family and friends, while Mr Ramsay self-obsesses over his own work as a philosopher and professor. Between them, we glimpse James and feel the obtuse frustrations of childhood and dashed dreams.

The would-be trip unfolds in the book’s first section ‘the Window‘, which follows the characters through the course of a day and culminates in a large dinner. The second section is ‘Time Passes‘. Compared to the Window, it is startling, abrupt, and austere. Rather than interior thoughts, we focus on the summer home as it ages. In the background, a devastating war breaks out across Europe. Mrs. Ramsay (along with her son Andrew and her daughter Prue) pass away but as readers, we only get the sad news in cold brackets: “[Mr Ramsay, stumbling along a passage one dark morning, stretched his arms out, but Mrs. Ramsay having died rather suddenly the night before, his arms, though stretched out, remained empty]”. Ten years flash by and the section ends with a team of house-keepers rescuing the house from its disrepair and decay. The message from Woolf is clear: that our experiences are momentary compared to world’s indifferent and deep well of time.

The novel concludes with “the Lighthouse“. The meditative pace resumes as Mr Ramsay declares that James and daughter Cam will finally head across the water. Frustrations over delays, leave him a huff and when they finally set sail, Mr Ramsay’s selfishness leave Cam and James abashed. In the novel’s final stretch, they reach the other shore and despite the emotional and physical turbulence, there is a connection: Mr Ramsay praises his children and there is a fleeting but deep warmth shared among them. It is brief but the luster, wonder, and cohesive power of Mrs. Ramsay returns to momentarily capsizes time’s dominance.

So, let us too not drift too far from shore and get lost at sea. My ultimate answer for why we are moving to the wilds of Ontario mirrors the trip to the lighthouse: it is less about a complete and self-enclosed goal and more about the process itself. The Lighthouse is a beacon point that draws together characters; it illuminates the challenge and reward in connecting (even briefly) to those around you. It provides a momentary unity in a fragmented world. At the dinner scene, Mrs. Ramsay reflects that at its best in life “there is a coherence in things, a stability; something, she meant, is immune from change, and shines out (she glanced at the window with its ripple of reflected lights) in the face of the flowing, the fleeting, the spectral, like a ruby“. Did I mention I love this book?

I think its important to ask: what endures? what toll does time take? how can we foster ‘stability’ with one another – to garner that ruby against the specter of flowing and fleeting time? That ‘something’ described by Mrs. Ramsay often comes for me through a simple cup of coffee. Catching up with a friend over a cup of drip opens up the self and provides a glimpse into world of the other. Sharing a special batch or slurping together at the cupping table is a common ground of sensory experience. If we widen scope, there is a way that coffee bridges this gulf geographically. Coffee is not some abstracted tin of caffeine powder but rather an intricate portrait of labour, land, and multi-generational knowledge. Coffee is the quiet stories of the world around us.

Ultimately, my answer to ‘why there’ is likely this: I love roasting. Being able to open and maintain that window into origin never ceases to bring me joy. Nothing beats working with passionate cafes, shops, and brewers who bring life to the beans. Sure, we are heading out to the County because Toronto is expensive and I miss nature, but it is mostly because it is where Quietly belongs. Life is short and, as To The Lighthouse attests, time passes. With Quietly, I am trying to close the gap between me and my own lighthouses. When James finally gets ashore and sees his in-person, Woolf writes, “So that was the Lighthouse, was it? No, the other was also the Lighthouse. For nothing was simply one thing. The other Lighthouse was true too.”