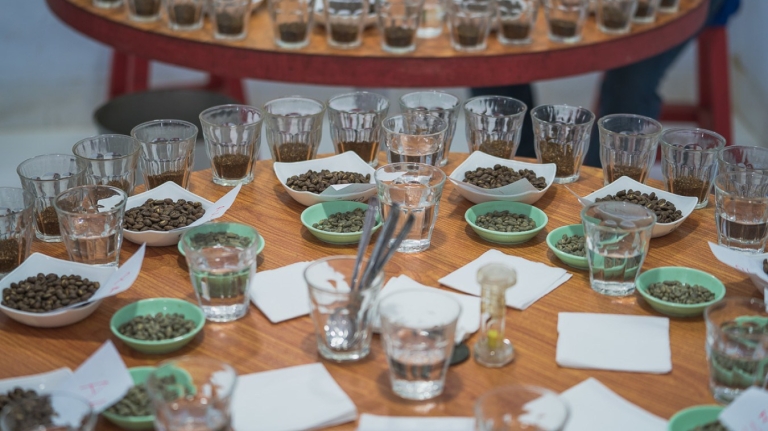 In last week’s email/blog, I detailed how despite the frequently repeated claims of neutrality, cupping will favour specific origins, process methods, and roast philosophies. The ratio of grounds to water, immersion extraction, temperature and brew timeframe all combine to either highlight or diminish a coffee’s potential. For example, a dark roast will over-extract on the cupping table creating intense bitterness. Yet that same coffee can showcase sweetness as an espresso. I ended the dispatch by saying this observation came in tandem with another cupping-related realization spurred on by: other people’s tastes!

If you are reading this, you probably work in coffee (or have a forceful interest in coffee). Also, if you are reading this, thank-you! It truly does means a lot to me. For real. BUT ANYWAYS, by working in coffee, you are in an industry that relies on taste and the ability to taste. While things like sharp burrs or weighing dosage or volumetrics do play an obvious role, the key part of dialing-in espresso is recognizing taste and the ratios of sour, bitter, and sweet. It is unsurprising that most people in the industry have strongly articulated views on the characteristics of a good or bad shot.

This tendency towards firm opinions clearly surfaces at the cupping table. I frequently grapple with multiple contradictory takes on the same coffee. Asking myself: how could a group of people deviate so greatly with the exact same coffee? The phenomena leads many to doubt themselves, with oft heard diminutives like “I am not sure what to look for” or “I can’t taste very well”. Or conversely, you often find the ostensible connoisseur who has unwavering (often preconceived) opinions on origin and roast philosophies.

In the Essentials of Food Science, Vickie Vaclavik and Elizabeth Christian point out that a food’s nutritional and bacterial qualities are non-subjective aspects that can be “measured objectively by chemical analysis”. However, “appearance, texture, and flavour are largely subjective attributes”. Hence we have a disparity at the table leading some to think their own lived experience is incorrect or conversely, absolutely universal.

Vavlavik and Chrstian describe the “threshold” as the “concentration required for identification of a particular substance”. It operates two ways. First, for a coffee to be sweet, the roast process must develop enough of the specific volatile compounds to foster perceived sweetness. Second, the individual taster’s sensitivity must surpass the threshold. You will not identify anything below your particular thresholds, which complicates the overall picture of flavour because these missing notes do “affect the perception of other tastes”. The authors describe these voids as “subthresholds” with the examples that “subthreshold sugar concentrations make a food less salty than it actually is” while someone with “subthreshold salt levels experience increased perceived sweetness and decreased perceived acidity”.

I recently tried ‘taster strips’ (aka PTC, Na Benzoate, and Thiourea) to assess my own thresholds. I am on the very high end for bitterness sensitivity, above average for sour and below average for salt. It has me pondering how this affects my judgement of coffee and the complicated interlocking subthresholds of perceived flavours. I am drawn to acidity but only when it is rounded out with lots of sweetness. While I do not enjoy overwhelming bitterness, I certainly prefer it in a dark roast over an also sour underdeveloped roast. I am left asking: where does this place me in relation to those around me at the cupping table and the industry at large?

Ultimately, I take it as a humbling moment. I will fully admit to being that blowhard with an inflated sense of flavour insight in the past. By virtue of doing research and simply talking to people, I embarrassingly realize how little I know about coffee and tasting. It is yet another reason why we should actively oppose universalizing or championing single styles of production, processing, roasting, or brewing. To recognize how much better we are as an industry when we push against problematic hierarchies, means there is more room to celebrate these clear points of diversity and subjectivity. Building on simple points – like the unique quality of taste – becomes a way to propel the bigger discussions of intersectional politics in coffee and illuminate how equality and difference is too easily erased along all the points in the chain from cherry to cup.