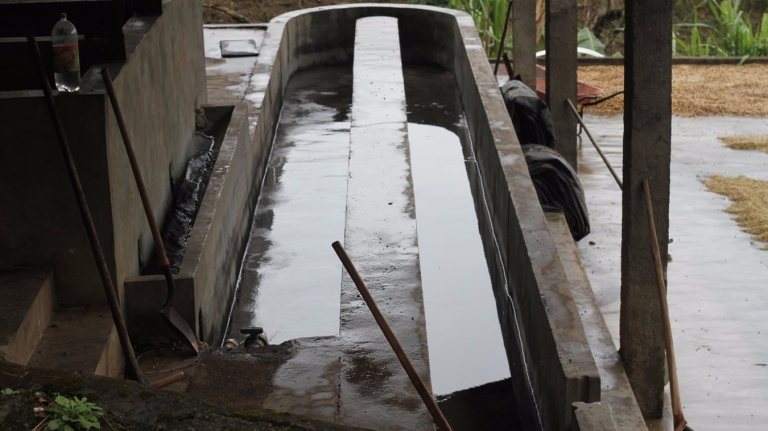 The Tyranny of Taste Notes! Pretty dramatic title, right? Much like the taste notes on our bags, it is equal parts serious and playful. Last week’s post was all about how expertise forms in modern coffee and the types of coffee it tends to champion. I want to come at the same idea this week but through the lens of tasting notes.

Seems useful to start with the usual “are they real?”. Indeed, tastes notes: not total fiction. I tackled the topic while back, concluding, “taste notes exist because coffee shares aroma and flavours compounds with a great deal of foods”. After roasting, there are more than a thousand compounds in coffee with most of them being volatile (or brewable) and a smaller section of those producing the flavour constituents of coffee. Here we overlap with fruit or baked goods or vegetables or citrus because their flavours build from a diverse, yet shared, set of aroma and taste components.

If that number of potential flavour elements seems high, the way we taste does not make this topic any less daunting. Most of the sensations of flavour originate with smell. We have a small patch of receptors in our nasal cavity that signal the brain’s ‘olfactory bulb’ to create aroma impressions. On the taste side, food or drink bind to taste cells on the tongue. Specific ‘gustatory receptors’ transmit sensations of salty, sweet, bitter, sour, or umami.

Whereas taste is considered ‘analytic’ because we perceive it in distinct parts, smell is ‘synthetic’ as we amalgamate the sensation into a single perception. In other words, smell is like sight; we see unified patterns and not jumbled bits and pieces of line and light. It partially explains why describing smell is so tough. It also means we face the challenge of negotiating two perception systems reliant on different ‘languages’ when we attempt to articulate flavour.

Making it even more complicated, the physiology of these systems are highly varied, with sensitivity and intensity differing person-to-person. With each of these dissimilarities, the body then mixes the information from its receptors in particular proportions. As Bob Holmes so eloquently states, “chances are that no two people (except, perhaps, identical twins) share exactly the same sense” of smell and taste, so “everyone lives in their own unique flavor world” (73).

Given all these complications, taste notes can be hugely useful in coffee shops. It can guide you towards the especially bright and fruity or the sweet and chocolaty. However, they can also be a problem when they cloud expectations. When brewing a new coffee, it is disappointing when the cup deviates from the notes. It is hard to not blame yourself, presuming it was an error on the brewing and extraction fronts rather than with notes themselves.

Allow me to return to Bruno Latour. In Science in Action, he borrows the term ‘black box’ from cybernetics to describe “a piece of machinery or a set of commands” that are “too complex” to describe on their own (3). All that matters is the “input and output” of a black box (3). It illuminates how an idea or an object or a theory becomes accepted as science. Latour provides DNA as an example. After proving the hypothesis, we no longer argue about DNA itself (the interior complexity of the black box) and instead focus on DNA’s effects and impacts on other things (its input and output).

Last week, I argued that authority in our industry often promotes really specific kinds of coffee that are not necessarily the best tasting or most delicious. Expertise comes from technical understanding (origin, processing, etc) and experience (brewing and extracting skillsets). These become a pile of black boxes. For Latour, as boxes stack up, it becomes increasingly difficult to argue against them. Taste notes themselves are a black box but also work in larger alliance: the roaster, the cupping table, and the ability to articulate flavours. Each part in the network supplies persuasive strength to its allies.

Akin to last week, this is not necessarily bad but can be problematic. To summarize the rambling paragraphs above: flavour is not universal. Everyone tastes and understands taste differently, so notes often narrow this flavour experience rather than opening it up. They can shut down and misrepresent. With black boxes lending authority, the fault always lands on the one making coffee. The cup has so many possibilities, rather than constraining them in a prescriptive way, I would love to crack open those naturalized black boxes and question how we source or explore the philosophies of roasting or techniques of tasting.

Too often, we measure successes and failures in our ability to taste the notes on the bag and ignore our own actual experiences. I suggest we focus on the different ways and individual impressions we can all garner from one shared cup.