This week’s question is a classic: “what does the term third wave mean?”

During my barista tenure, I knew that I was making third wave coffee. I often even hummed a little Max B while pouring cappuccinos. However, I had no conception of the etymology beyond the cup in my hands (and the “I’m so wavy, I’m so wavy” refrain in my head).

I think part of the confusion around the ‘waves’ is that it is typically articulated as a historical teleology. The first wave rolls in with the mass marketing of coffee as an integral element of daily life. From the 1800’s through to the 1960’s, the wave charts the movement of coffee into the home. Under this umbrella, we would have corporations like Folgers or Maxwell house, personalities like Juan Valdez, technologies like drip machines or instant coffee, and scoops upon scoops of pre-ground but vacuum-packed coffee.

Most articulations mark the start of the second wave with the rise of companies like Peet’s and Starbucks. These initially small companies re-focused the industry on the artisan elements: roast style, espresso preparations, and attention to the producing countries. In many ways, the second wave marks a return to coffee’s roots in the European espresso bar. A core element of the wave’s crest is massive expansion with proliferation of the 90s mocca or java house. it is the backdrop to many a sitcom.

Finally, we have third wave. It further extends the concerns of second wave. Origin in the third wave means farms and cooperative rather than generalized countries or continents. There is a focus on the technical extraction of espresso in the face of increasing automation at larger chains. And – of course – hipsters in toques swirling latte art and discussing tastes notes. 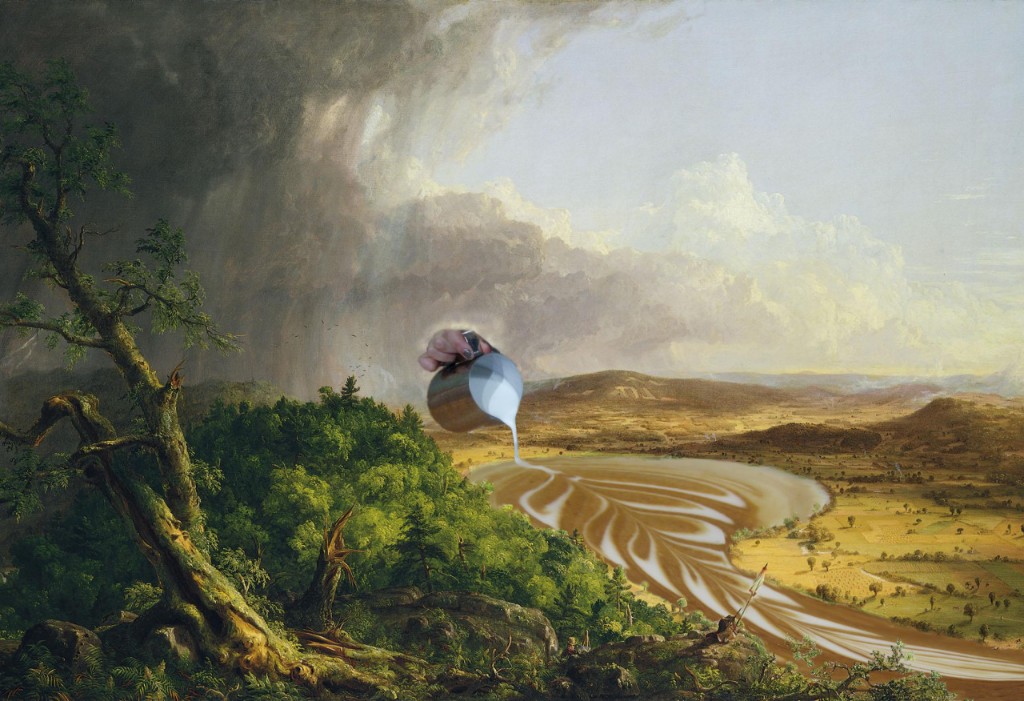 Generally, this might make some linear sense. But as in a game of telephone, I think something has been lost from the original inception of the terms. They were first penned by Trish Skeie (now Trish Rothgeb of the great Wrecking Ball Coffee) in her article “Norway and Coffee” for The Flamekeeper (the Roaster’s Guild Newsletter). She leverages the terms to discuss Norway’s emergent shops and their relationship to global corporate coffee chains, as well as their focus on manual preparations of espresso. She later followed up with “The Third Wave in its Third Year” and reflected, “these waves are just another way to describe the viewpoints that stand behind coffee consumption and preparation, as we know it”.

There is a key difference from historical categories and what Trish draws attention to, namely, “viewpoints“. She recapitulates them accordingly: first wave is functional consumption, second wave is enjoyment of a drink, and the third is about appreciation of coffee from bean to cup. These categories seem hugely more useful by virtue of the fact that they co-exist. One could start the day brewing a tin of Tim Hortons, go grab a a Unicorn Frappuccino, and lastly cup an Panamanian Esmeralda.

I like the point-of-view approach, as it leaves non-judgmental room for those who seek coffee for routine but could take more interest in the origin story. It also helps separate scales of operation, while companies like Intelligentsia and Stumptown started as pillars of the third wave, they are now owned by Peet’s Coffee and Tea, which is a mega-cooperation of the second wave. So while, they might be selling fair-trade bags and pouring latte art, the parent company itself has all the questionable practices associated with coffee as commodity consumption.

tl;dr: rather a historical period or list of shops, third wave articulates a viewpoint or approach to coffee sourcing, brewing, and drinking.